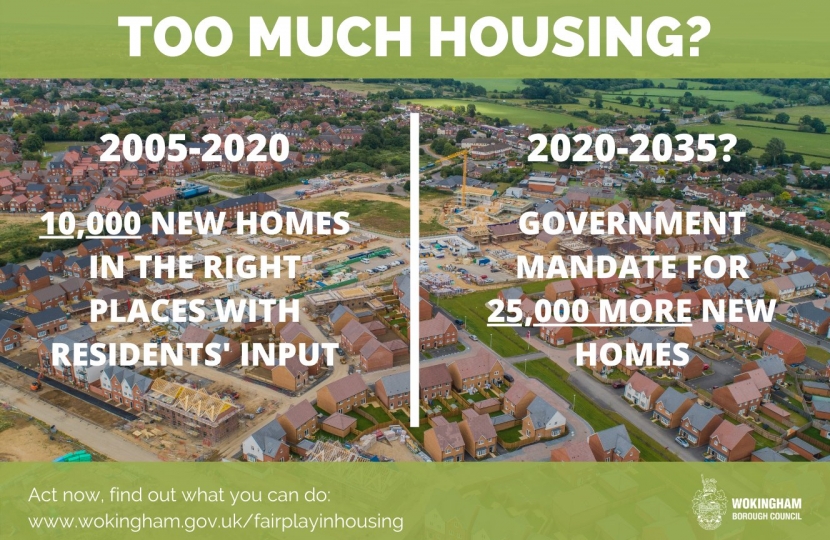 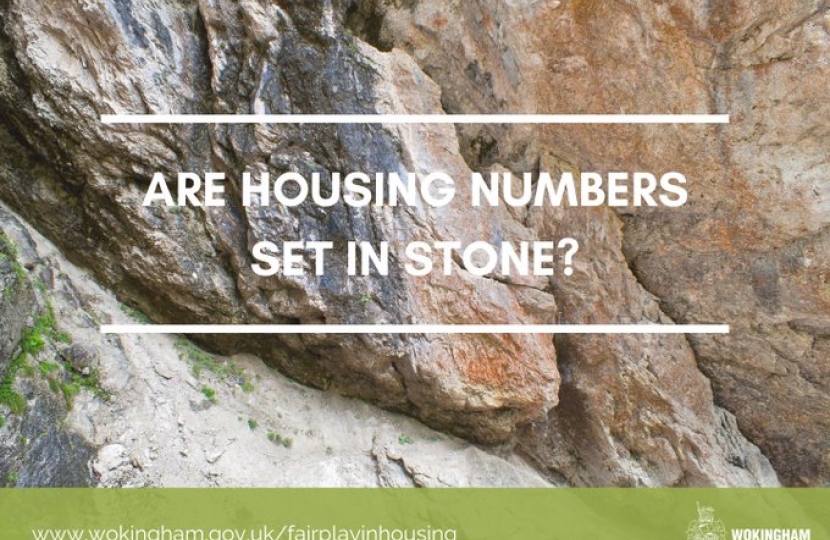 The latest Government proposals would impose over 1,600 new homes a year on Wokingham Borough. That’s more than double the current number that 47,000 Wokingham Borough residents objected to last year.

The government consultation is open to all and runs until 1 October.

“We have put up with Government imposed housing targets for too long. I have gone to Westminster, as have previous council leaders, to ask for a fairer allocation on housing and got nothing back. Last year we asked our residents if they thought the then Government imposed housing target of 800 new homes per year was too many and had an overwhelming response – 47,000 residents told us 800 was too many. We thought that would strengthen our hand, but now the Government is proposing to more than double that!”

John Halsall continued: “We need our residents to step up and tell the Government that they need to rethink this. Adding a new town the size of Woodley and Earley combined into the borough every 15 years is just incomprehensible. We have created a petition to sign and are asking everyone to write to their MPs and to the Secretary of State. We all need to speak up to make our voices heard.”

In 2017, the Government committed itself to ensuring a housing market that would build 300,000 new homes per year across England. After falling short of this last year, the Government is now proposing a new formula to calculate housing need that will pick up the shortfall.

When the Government proposed this new formula, it knew there would be some outliers. The council believes Wokingham Borough to be an outlier and will be formally objecting to the proposed formula in the consultation, which runs until 1 October.

Since 2006, nearly 10,000 new homes have been built in Wokingham Borough, an average of 700 new homes each year. The council believes it is building the homes and infrastructure local people need, by building the right homes in the right places.

“I am outraged at how the Government are trying to pull the wool over our eyes,” added Cllr Wayne Smith, executive member for planning. “They are launching two consultations at the same time, but giving much greater coverage to the consultation that doesn’t include housing numbers. Under the umbrella of a major reform to an out of date planning system, they have slipped an attempt at some short term ‘wins’ under the radar – which will have a massive, detrimental impact on Wokingham Borough, as well as many other areas around the country.”

The petition on change.org, created by leader of the council John Halsall but with cross party support, had over 1400 signatures as of 1 September. The council is also hoping to get 100,000 signatures on a parliamentary petition, which would trigger a debate in parliament on the proposed changes to the housing numbers formula.

For more information and to learn more about how to respond, visit www.wokingham.gov.uk/fairplayinhousing.

What can you do?

4. Take part in the Government consultation.

Attached is the WBC response that will be considered at an Individual Member Decision meeting on Tuesday, 22nd September, 2020 3.30 pm.

Conservative-led Wokingham Borough Council's Local Plan Update: Revised Growth Strategy is now out for public consultation, giving every borough resident the opportunity to provide their thoughts and feedback on the future of house building in our community until 2037.

Don't miss your chance to shape our community's future

We welcome the news that controversial planning reforms which would have seen the government calculated housing need for Wokingham borough more than double have now been revised.

We are cautiously optimistic about the news we are hearing, that the Government will amend the housing formula to achieve a better spread of homes across the country.

Areas like Wokingham have attracted disproportionate amounts of the talented and well qualified people through the building of large new estates of executive and family homes. It is time to share this growth and prosperity more widely. We should not reinforce the growth by the planning system in the most successful areas, but copy the success elsewhere. This rogue algorithm will do the opposite of levelling up.

Imagine what Wokingham borough would be like if the Government’s proposal to double the number of homes built in our borough each year goes ahead.

We are extremely concerned about the impact of 1600 new homes every year would have on our borough’s infrastructure.

Since 2006, nearly 10,000 new homes have been built in Wokingham Borough, an average of 700 new homes each year. We believe as a Conservative led Borough Council that we are more than doing our bit to provide the homes people need. 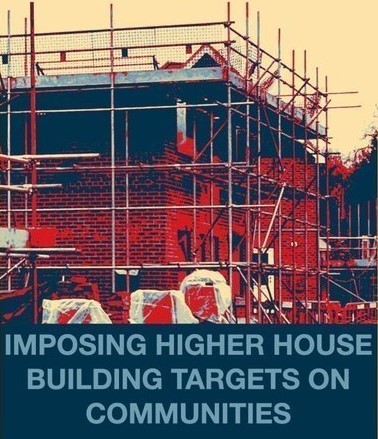 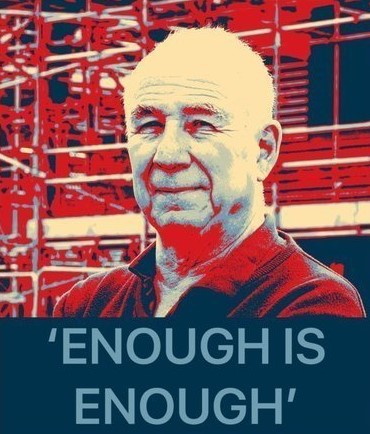