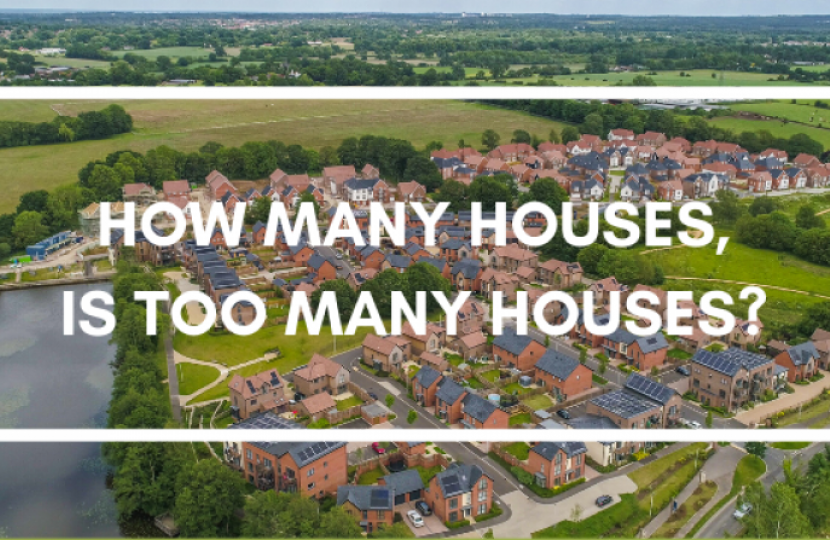 An announcement that the Government is revising its housing formula to focus on cities and urban areas in the North and Midlands has been welcomed with caution by Wokingham Borough Council’s Conservative Group.

John Halsall, the Group’s Leader and Leader of Wokingham Borough Council, has nonetheless said that he will “continue to put our case to Government to get the best deal for the Borough”.

The decision to amend the formula follows extensive lobbying to get a fairer housing settlement for the Borough by Wokingham’s Leader, along with local MPs including John Redwood, James Sunderland, and former Prime Minister Theresa May.

The Government has indicated that there is a need to develop more “environmentally suitable” sites in urban areas. The proposed new version of the Standard Method for calculating housing need was announced earlier in 2020.

Since then, Wokingham Borough Council’s Conservative leadership has had regular discussions with ministers at the Ministry of Housing, Communities and Local Government to make the case for a more sensible distribution of housing in the Borough.

John Halsall, Leader of Wokingham Borough Council, said: “We are cautiously optimistic about the news we are hearing, that the Government will amend the housing formula to achieve a better spread of homes across the country.

“Nonetheless, we have to keep pressing our case with the Government.

“I will continue working with the Council’s Executive and our local Conservative MPs to persuade the Government to provide housing numbers which are fair to our residents and sustainable for the Borough.”

Wayne Smith, Executive Member for Planning and Enforcement, added: “This isn’t about stopping all new housing in our Borough – indeed, we are putting together a Local Plan to deliver more affordable homes that our residents desperately need“

"But we have to have housing numbers for our area that are reasonable and achievable, and which won’t see all our green space concreted over.

“The Government understands this, and this is why they have announced a sensible review of their draft policy.

“We are grateful for all the support we are receiving from local residents in this campaign, and I urge them to continue to help the Government to achieve the best housing formula for our area.”