Park and ride expansion at Winnersh Triangle is under way

Pauline Jorgensen, Conservative Councillor for Hillside and the executive member for highways and transport, says “Our two new park and ride projects will allow residents even more transport options when travelling around the borough. We want to encourage the use of public transport as this limits the congestion on the roads as well as producing less harmful emissions, helping us work towards our goal of being carbon neutral by 2030.”

Conservative-led Wokingham Borough Council is building a network of more sustainable transport links, like the park and rides, which will help to reduce congestion by providing transport options as well as improving air quality and reducing carbon emissions. Once complete, Winnersh triangle car park will have an increased capacity of 500 spaces, including 12 electric vehicle charging spaces. The new and improved Winnersh park and ride has been funded by Thames Valley Local Enterprise Partnership, our partners Frasers Property and developer contributions.

The £6.8 million park and ride expansion at Winnersh Triangle is under-way with work estimated to be complete by Summer 2022.

The next steps of construction work started on 2 August, during this time the car park capacity will be reduced. Later in the month, from 23 August, the carpark will be mostly closed with 100 spaces accessible in the western end of the car park. There will also be adjustments to the pedestrian footpaths which will be signposted and from 25 August there will be a temporary bus stop in operation. Trains and buses will continue to operate as normal during the work.

Work at our 250-space Coppid Beech park and ride site in Wokingham is also well underway, with the target completion date early December. This park and ride will provide a key facility for residents wanting to travel into nearby town centres due to its proximity to Wokingham town centre, the borough boundary with Bracknell Forest and the A329M.

Having completed the first stages of construction, works now move onto the main car park, with installation of electrical equipment such as electric vehicle chargers and the foundations for the car park bays. 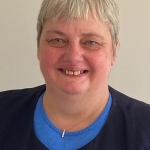