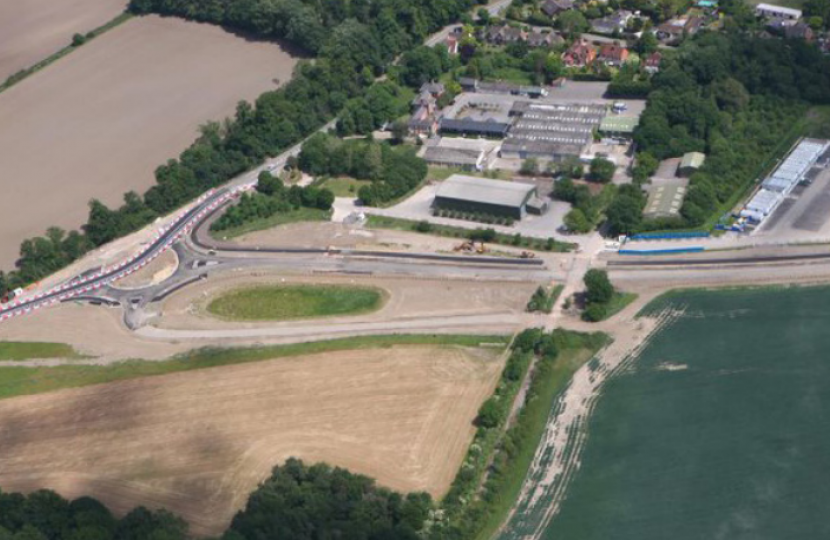 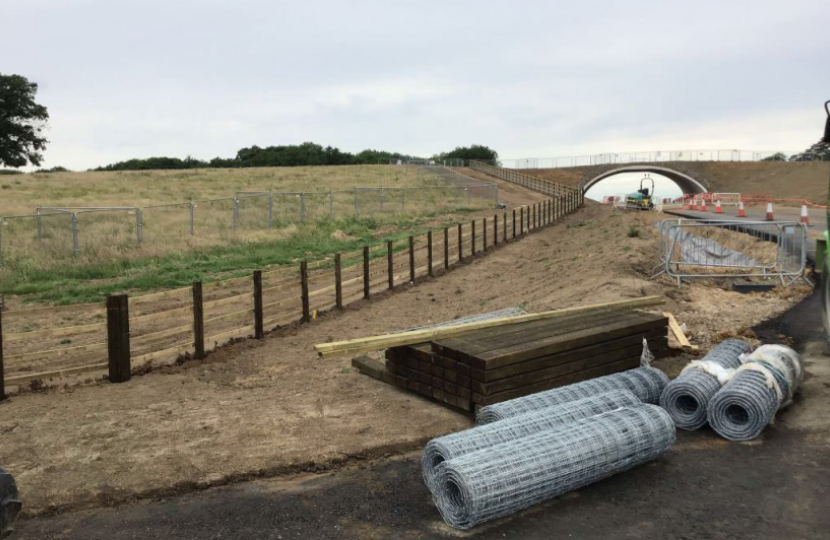 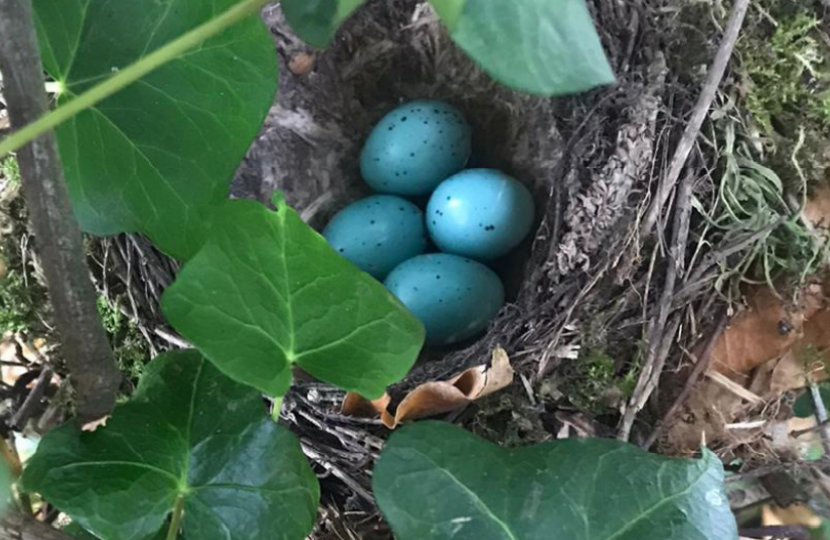 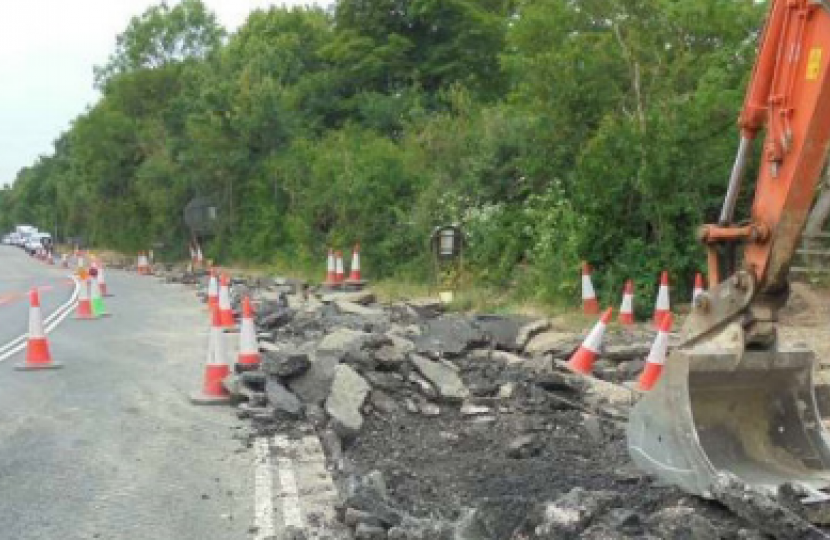 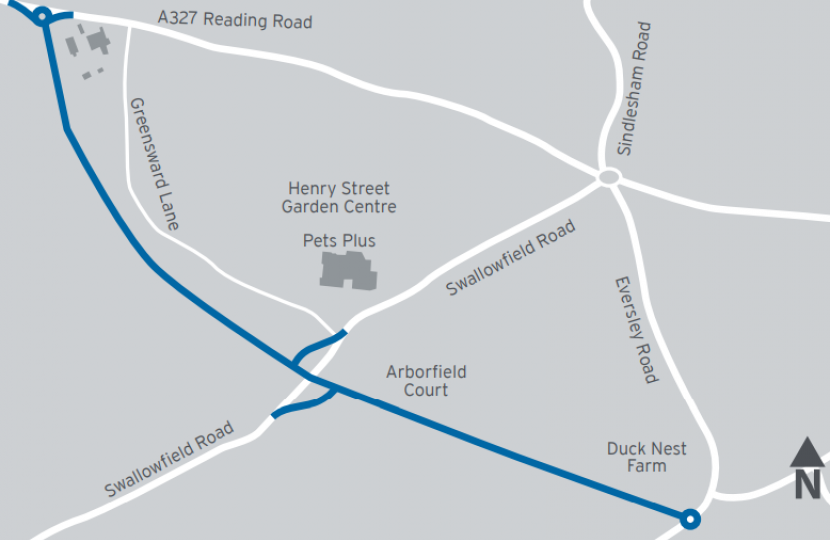 The video above shows the route currently being constructed as part of the Arborfield Cross Relief Road and works at Barkham Bridge. This is being delivered by the Borough Council as part of our £124 million Major Highways Project.

Song thrush nests, Badgers and other exciting discoveries on the route of the Arborfield cross relief road, which is on track to complete by the end of September.

Hillside Ward Councillor and Lead Member for Transport Pauline Jorgensen said: "This is the second in a group of nine Wokingham Borough Council-led major highways projects being delivered by Balfour Beatty under the SCAPE Procurement Framework. Just months away from completion, the new 2.3km relief road will reduce congestion, boost employment and create opportunities for more sustainable travel, providing traffic relief in Arborfield and Arborfield Cross and the surrounding rural lanes. It will also support the development of Arborfield Strategic Development site consisting of 3,500 new homes."

With areas of fill now nearing completion, badger tunnels will be placed underneath the footpaths and at the top of the green bridge. Badger proof fencing has been installed which will encourage the badgers to cross at the specified locations. Badgers are widespread in Europe and are of the same family as stoats, weasels, otters and pine martens, but much larger at 12 to 14kg. They are omnivores, but rate as Britain’s heaviest carnivore and have a sense of smell 500 times better than humans. Their main food is earthworms but will take anything edible they come across. They mate at any time of the year, but have delayed implantation, so the young are born in February after an eight week gestation. The cubs are weaned at 12 weeks and begin to come above ground then. They can live from three to 14 years.

Spotted! A song thrush has been seen nesting in the area. Its distinctive song, which has repeated musical phrases, has frequently been referred to in poetry. Its eggs, as seen here, are very pale blue with a few large dark speckles.

This last month has been another busy one. The Council's contractors have been pressing ahead with the necessary operational works whilst maintaining the two-metre rule in line with Government advice and guidance. As it stands, we are still on track to complete this scheme by the end of this summer.

Other works completed include:

Upcoming works Temporary traffic signals will be in operation on Baird Road – from between the roundabouts with Langley Common roundabout and Arbery Way roundabout - from 8th July 2020 for up to three days, as shown on map, adjacent. This will then change to a priority traffic management system between the roundabout at Arbery Way and Rayner Drive – from 13th July 2020 for seven days (including the weekend) and will be in operation for 24 hours.

These two periods of traffic management will allow us to install a new utility duct along the verge and through the road through which a new electrical cable will be installed to connect the new lighting columns to the existing electrical system along Baird Road. The mains connection is planned to be carried out late July. This traffic management is planned to stay in operation for this extended period as an alternative route has been identified which will help reduce the amount of vegetation clearance required to complete these works and therefore is better for the environment and the local surroundings.

Watch the installation in March of the new wildlife friendly green bridge in Arborfield here https://www.youtube.com/watch?time_continue=4&v=BiBTumhMAmA&feature=emb_logo