John Redwood won a free place at Kent College, Canterbury, and graduated from Magdalen College Oxford. He is a Distinguished fellow of  All Souls, Oxford. A businessman by background, he has set up an investment management business, was both executive and non executive chairman of  a quoted industrial PLC, and chaired  a manufacturing company with factories in Birmingham, Chicago, India and China. He has been the MP for Wokingham since 1987.

John was an Oxfordshire County Councillor in the 1970s. In the mid-1980s he was Chief Policy Advisor to Margaret Thatcher. He urged her to begin a great privatisation programme, and then took privatisation around the world as one of its first advocates before being elected to Parliament for Wokingham. He was soon made a minister, joining the front bench in 1989 as Parliamentary Under-Secretary in the Department of Trade and Industry. He supervised the liberalisation of the telecoms industry in the early 1990s and became Minister for Local Government and Inner Cities after the 1992 General Election.

John was a fellow of All Souls from 1972 to 1987 , again from 2003 to 2005, and since 2007. He is currently a Visiting Professor for Middlesex University Business School and has published a number of books including ‘Superpower Struggles‘, on the European Union, China and the United States, ‘Just Say No‘ on why the UK should reject further European integration, and ‘Singing the Blues‘, his personal history of the Conservative Party throughout the last thirty years. His most recent publications are ‘I Want to Make a Difference, But I Don’t Like Politics‘, which examines the reason for the decline in membership of political parties and those voting in local and General Elections, and After the Credit Crunch: No More Boom and Bust, which considers the reasons behind the global recession and why Britain has been hit especially hard.

John is a frequent commentator in the media and is a keen cricketer and water sports enthusiast, and supports a number of different charities. He is an Ambassador for the Variety Club of Great Britain.

World taxation Is a bad idea

The G7 Finance Ministers and Central Bankers claimed a breakthrough in moving to a world based system of company taxation. President Biden wanted to set a minimum tax rate of 21% worldwide, and find a way of preventing some global companies booking too much income to low tax countries.

In praise of the car

For many young people passing their driving test is an important rite of passage to adulthood. Acquiring your first vehicle is a major advance in your personal freedom..

Honda leaves Swindon – a cameo of our time

The immediate reason why Honda is closing its Swindon car assembly plant is the lack of demand for its cars throughout Europe. The company’s sales in Europe peaked in 2007 at 313,000 and is now under half that. Contrary to referendum rumours their closure has nothing to do with Brexit.

EU rules for debts and deficits

The Chancellor is calling for ideas on what new fiscal rules should be applied to the UK economy as it seeks to recover from the pandemic shock.

The EU plans to build back better

The President of the Commission has supported Italy in banning exports of the Astra vaccine to Australia and said she will approve more of the same if she continues to disagree with Astra’s actions.

Public sector pay and the NHS

The government on 25th November announced a pay pause for the public sector for 2021-22, excluding the NHS. The eight Pay review Boards that make independent recommendations on pay for almost half of the 5.5m workers in the public sector will be guided by this Ministerial policy.

The Budget – this year’s borrowing down £39bn from last forecast

As expected the OBR cut their forecast of borrowing in the year to March 2021. They have lopped £39bn off the total compared to the November forecast and may still find their figure a bit high with only one month left to go.

Let me have another go at explaining why I think we should be more worried about the balance of payments deficit than about the state deficit which seems to attract all the attention.

There have been many mini  budgets over the last year. Never have the official figures for the outlook changed so drastically so rapidly, as forecasters rushed to bring their estimates in line with the big lurches in activity created by anti pandemic policies. 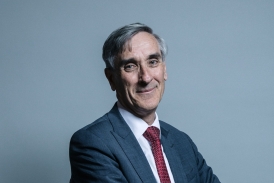 Please include your full name and postal address in the Wokingham Constituency.

Due to the coronavirus pandemic, surgeries are currently suspended. We would therefore encourage you to email Sir John directly at his email address above.