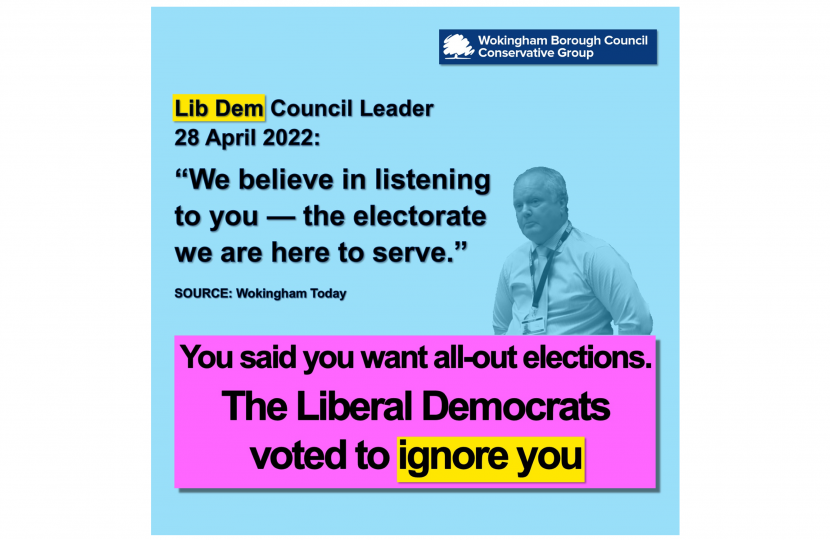 This charge comes from the Council’s Conservative Opposition, who accused Council Leader Clive Jones of “letting the public down” for failing to implement the outcome of the consultation on the authority’s election system.

At a Full Council meeting on 22nd June 2022, the coalition administration rejected a proposal to have the whole Council elected every four years.

This is despite a public consultation demonstrating clear support for the system on a high response rate.

At the meeting, the Conservatives urged the ruling coalition Group of former Liberal Democrat, Labour and Independent councillors to respect the outcome of the consultation to safeguard public trust in local democracy.

Instead, the administration voted down the public recommendation, in a move which the Conservatives have branded “self-serving for narrow political interests”.

The Council needed to decide on its future election system as part of a ward boundary review by the Local Government Boundary Commission for England due to start later this year.

Cllr Pauline Jorgensen, Leader of the Opposition and the Conservative Group, said:

“This Lib Dem-led coalition administration has been in office for a month, and already leaves in its wake a trail of broken promises.

“Back in April, Clive Jones told residents that he believes in listening to the electorate he is here to serve.

“Those words ring hollow when he instructs his councillors to vote against the outcome of a public consultation with a high response rate wanting all-out elections.

“I respect the fact that there are arguments on both sides, but the administration made their case to the voters and didn’t convince them.

“The Lib Dems are a minority party, and no members of the coalition included election by thirds in their manifestoes – so they don’t have a mandate to override the consultation.”