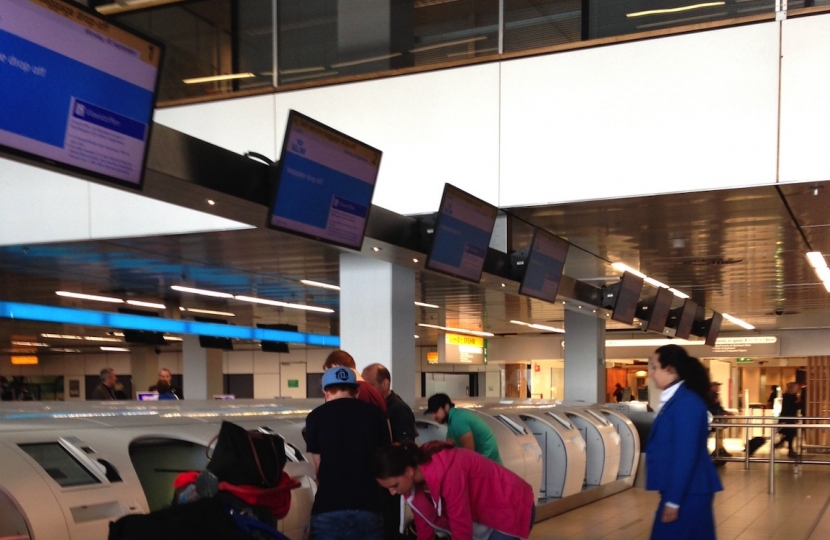 Excellent debate last night on a Lib Dem motion, the speeches from our members were obviously persuasive as some Lib Dems didn't vote for  their own motion... the speeches are posted below for you to make your own mind up.

In light of our declared Climate Emergency and the implication that it is having on all our policies, I have asked for an amendment to be made to this motion, which comes with the full support of my group. The amendment reads, “This Council opposes the expansion of all airports, unless they can be proven to be fully Carbon Neutral.”

Gatwick is one of 97 carbon neutral airports across the world according to the 4 level standards of the Airport Carbon Accreditation Organisation. In the UK their list includes not only Gatwick but Cornwall Newquay Airport, London Luton, London City, London Stanstead, Manchester and Farnborough. Globally the list includes some of the world’s busiest airports, including Singapore, Hong Kong, Dubai, Kuala Lumpur, LAX, JFK, Newark, Schiphol, Rome, Turin, Nice and Brussels.

If these airports wished to expand Mr Mayor, if their expansion could be proven to maintain their Carbon Neutrality, then should we oppose them? I would argue no, as their expansion would have no detrimental impact on our climate emergency, on or our target of reaching carbon neutrality ourselves by 2030 or on the UK’s ambition of being Carbon Neutral by 2050.

Mr Mayor, this amended motion would mean that, while the expansion of any airport, cannot be both demonstrated and accepted to be Carbon Neutral by the Airport Carbon Accreditation Organisation and our council then we stand opposed to that expansion. But for airports that are carbon neutral, for those that can prove that their expansion will have no detrimental impact on our climate emergency, achieving our carbon neutral aim, or achieving our nation’s carbon neutral objective, then it has our conditional support.

I urge all members to join the Conservative group in backing this amended motion.

"We know that the aviation industry has been one of the hardest hit financially by Covid-19.

Heathrow has said that up to 25,000 people’s jobs at the airport are at risk and British Airways plans to cut up to 12,000 roles. The knock on affect to other livelihoods will undoubtedly be large. And many of these people will live in Wokingham Borough. They’re our residents and they and their families will be worried about losing their job at Heathrow and not knowing where their next one will be - they will not want us adding our voice to blocking Heathrow development when the full picture of its environmental sustainability is not yet known.

We shouldn’t act without knowing all the facts. What we do know is that Heathrow Airport says it’s committed to being net zero carbon by the mid 2030s and that it’s already reduced its carbon emissions within its infrastructure by 93% since 1990. UK passenger numbers have increased by 25% since 2005 but during this time carbon emissions have decreased by 3%, showing that more people flying doesn’t automatically mean carbon growth.

The Airport is already running off 100% renewable electric and is investing in electric flight, including working with the University of Reading to research future infrastructure needs for electric aircraft.

We know that Heathrow Airport is a large employer, including to this Borough’s residents and we need it to thrive and expand if it can do so sustainably.

At present we do not know that it cannot, Heathrow is heavily focused on investing in green solutions and after the Court of Appeal ruling in February on the expansion, the Supreme Court has accepted Heathrow’s application to appeal it.

There is no date set for the hearing, so there is not a straightforward path to expansion and what this may mean for the environment. It is far too early for us to judge.

I second this amendment for it is the sensible choice: it would be daft for us to say we’re against the Airport’s expansion under any circumstance (indeed a lot of our residents employed by Heathrow, may not be very happy with us) without us knowing whether it can expand sustainably. We simply do not have enough information yet. I recommend the amended motion to this Council".