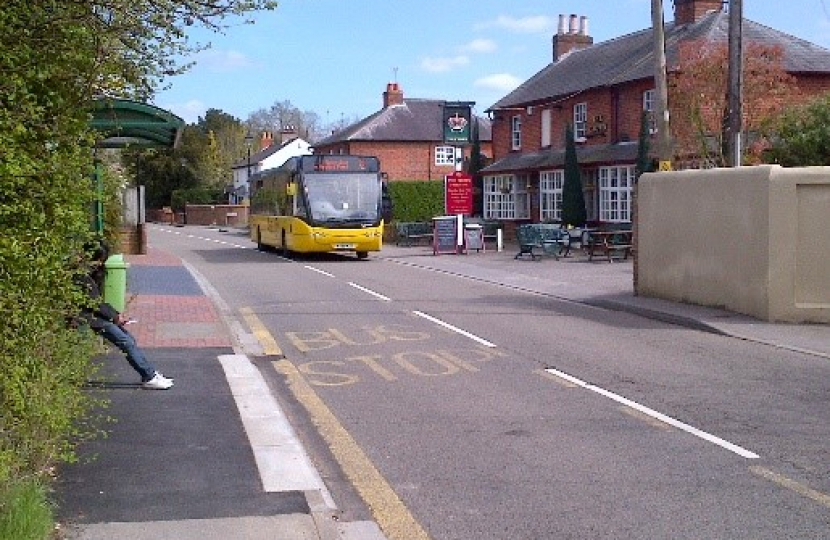 Opposition councillors in Wokingham Borough are calling on the Council’s administration to implement a Conservative plan to save local bus services.

Expressing concern at declining passenger numbers following the COVID-19 pandemic, the Conservatives have outlined actions for the Council to improve usage and secure more funding.

The action plan is designed to build on bridging funding for park & ride services provided by the previous Conservative administration, as well as negotiations with parish councils for part-funding.

Pointing to the large sums currently held as money from developers to compensate for new houses, Cllr Margetts argued that parish councils should be encouraged to release this money to support bus services.

He emphasised that the Borough Council’s previous Conservative administration had begun negotiations with two parish councils to part-fund the No. 7 service, something he urged the coalition administration to continue.

The second step would be for the administration to proactively work with all four local MPs to secure more Government funding.

Cllr Margetts highlighted the work the Conservatives had already begun with the Borough’s Members of Parliament, including John Redwood MP, to emphasise the need for additional money.

Finally, the Conservatives are arguing that the Council needs to put together a communications campaign encouraging local residents to use buses to keep services going.

Cllr Margetts hit out at the Council’s current administration, arguing that “they have been practically silent on the matter – only speaking up to blame others”.

Bus services in Wokingham Borough, and around the country, have been struggling as the number of passengers has failed to sufficiently recover after the pandemic.

Without intervention, services are likely to be withdrawn, forcing people into cars while having a detrimental impact on those who depend on buses to get around.

Cllr Margetts said: “The decline in passenger numbers is a national problem which is impacting all areas of the UK.

“In Wokingham Borough, there is a clear window of opportunity for action, and the Lib Dem-led administration should be doing something now.

“Instead, the Council Leader is blaming the Government while ignoring the fact that the previous Conservative administration put forward more money in an attempt to keep services going.

“The Lib Dem, Labour and Independent councillors in the administration need to wake up on this issue, rather than blaming others and doing nothing.

“There is really no point talking about getting people out of cars if the Council’s leadership is going to let public transport die.

“The Conservatives are urging the Lib Dem coalition to act now and save local bus routes.”