Wokingham Borough Council had the second largest increase in recycling rates across all local authorities in England last year, according to new Government data. The borough’s recycling rate jumped by 9.8 percentage points to 50.3 per cent according to the data for 2019-20 from the Department for Environment, Food and Rural Affairs.

“We know our residents have really embraced our food waste recycling service with just over half of households now using it on a regular basis,” said Cllr Parry Batth, executive member for environment and leisure. “I’d like to thank every resident who makes the effort on a daily basis with their food peelings, meat bones and other items, which is the cause of this huge jump in recycling rates.

“This data showcases the huge impact it has had on recycling rates in our borough and it’s a trend we hope to see continue in the years ahead. If we can get even more residents to start using the service regularly we will see even more of a positive impact so go onto our website to find out more. It’s easy to do and good for our environment, I’d urge anyone not using the service to start doing so.”

The sharp increase in recycling rate is due to the introduction of the council’s food waste recycling service in April 2019. The increase was second only to the Isles of Scilly, which saw an 11.2 percentage point increase. Only four councils across the country saw an increase of more than five percentage points during the data collection period.

Food waste recycling has proved a huge hit since its introduction in Wokingham borough, with more than half of households using it regularly. It’s part of the regular weekly collection service, alongside general waste and mixed recycling. Since the collections started more than 9,000 tonnes of food waste has been recycled. The food waste is turned into energy to power homes or into fertiliser to help grow crops.

The data shows Wokingham borough has the highest recycling rate of all Berkshire local authorities and the third highest amongst unitary authorities in the South East. Residents who are not taking part can get more information on the council’s website on how to start using it and get your indoor and outdoor caddy, as well as liners for the indoor caddy.

The council is currently rolling out new waterproof recycling bags to residents across the borough. The council urges all residents to start using them as soon as they get them. Doing so will help boost the borough’s recycling rates even further.

The council continues to work towards its target of 70 per cent recycling by 2030. This is part of the commitment for a carbon neutral borough by 2030, set out in the climate emergency action plan. 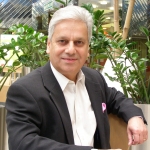