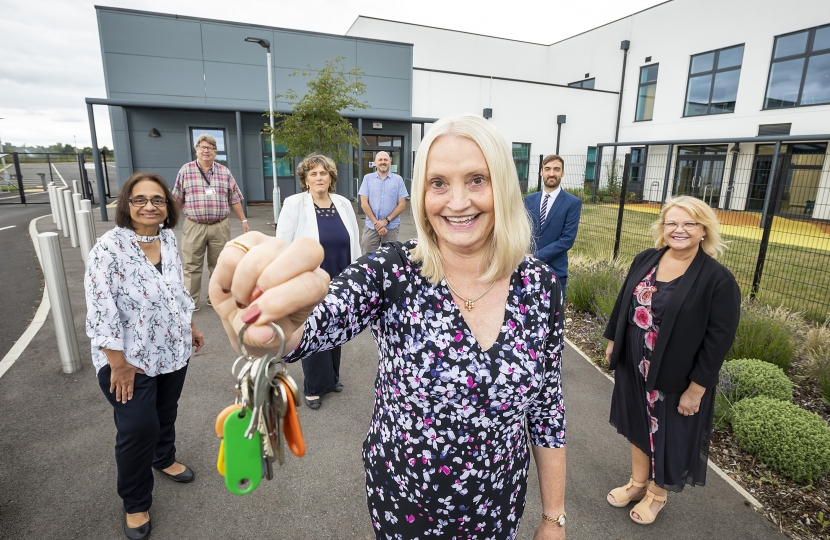 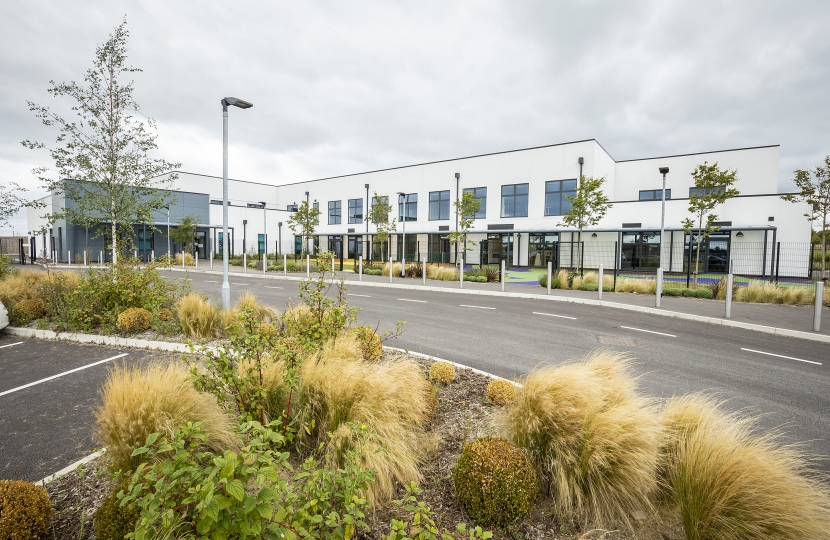 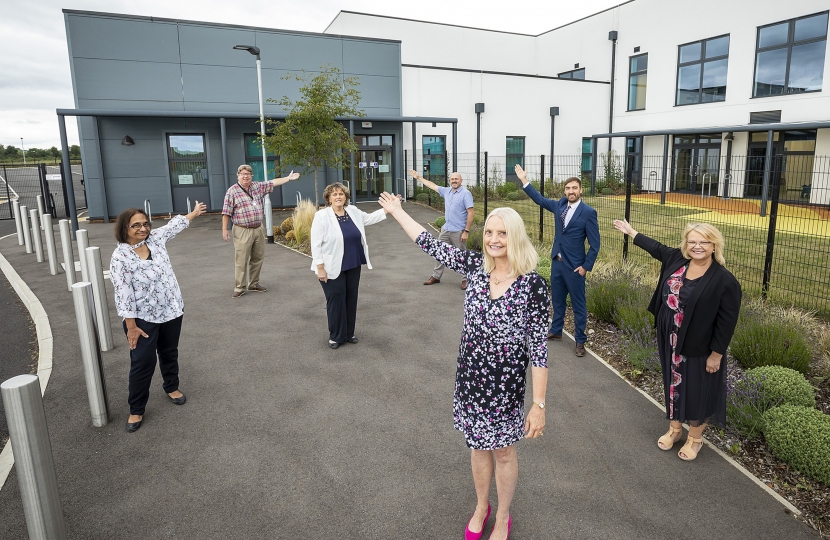 Alder Grove Church of England Primary School in Shinfield West is set to open its doors this coming September after the keys were officially handed over to education provider The Keys Academy Trust.

The state-of-the-art school has been built as part of the Shinfield West development and will grow to become a 420-place free school for pupils aged 4 to 11, with a 26 place nursery class.

The school was due to open in September 2019 but due to low demand, it was not sustainable for the school to open at that time. The original education provider also withdrew its interest in running the free school. Since then Wokingham Borough Council has worked hard with the Department for Education to find a new education provider and is delighted The Keys Academy Trust, which is well established in the Wokingham Borough, was appointed last year to run the new school.

Conservative Cllr UllaKarin Clark, executive member for children’s services, said; “This is a very important milestone for the school and it will be very welcome in the growing community. We are delighted that The Keys Academy will be running the new school and will now be able to get ready for opening. They have a strong proven track record in our borough and provide the best educational experiences for pupils.” “When it comes to providing schools in new developments it has been our overriding principle that it is better to be ahead of demand and have a school ready too early than be in the position of having too few school places for children. We now have that demand in Shinfield and I am delighted the school will open in September.”

The Keys Academy Trust is a Church of England multi-academy trust committed to providing the very best educational experiences for its pupils and staff so that its family of academies are recognised as centres of academic and pastoral excellence at the heart of the communities they serve. They already run a number of primary schools in the Wokingham Borough including: Crazies CE Primary School, Polehampton Infant and Junior, Sonning CE Primary School and St Nicholas CE Primary School, Earley St Peters CE Primary, The Coombes, and St Sebastian’s Primary.

Alder Grove Primary School is part of ‘Shinfield Meadows’, being created by Linden Homes, Bloor Homes and Bovis Homes to provide 1,200 new homes, a food store, commercial and communal space, and recreation grounds. It is part of the council’s long-term plans to accommodate the local housing needed, in major developments that include the necessary schools, roads and other facilities, rather than build extensions to towns and villages, that would put pressure on existing local facilities. These facilities are funded through developer contributions as part of the four major developments at Arborfield, Shinfield and North and South Wokingham, and includes an investment of £98million in new schools. In total these developments will bring seven new primary schools (one is already open in Montague Park, and two are under construction – Arborfield Green and Matthewsgreen) as well as the Bohunt Wokingham Secondary School at Arborfield Green which opened its doors in September 2016.

Hester Wooller, executive headteacher and CEO of The Keys Academy Trust said “We are delighted to be in the position to accept the transfer of the building from Wokingham Borough Council to The Keys Academy Trust. Over the last eighteen months we have worked in partnership with WBC to ensure the successful opening of our new school Alder Grove in September 2020. Our vision is for Alder Grove Church of England Primary School to be at the heart of the new community in Shinfield and we look forward to seeing the school grow and serve our local families over the coming years.”