In December 2020, the University of Reading announced a deal with a US film studio investor to develop a major film studio and creative campus, to be known as Shinfield Studios. This would create a state of the art 21st Century film and television production complex at the Thames Valley Science Park, and bring around 600 new jobs and 220 construction jobs as well as major inward investment to Wokingham borough’s economy.

Cllr Stuart Munro, executive member for business and economic development said: “This is an exciting step for Wokingham Borough. We are already an international centre for technology and innovation, with existing links to the film industry. Having this major film studio in the borough will take us that step further onto the global stage.

“This comes at the perfect time, just as we are heading into a period of recovery from the Covid-19 pandemic. The jobs and inward investment from this project couldn’t come at a better time.”

The five-year temporary planning consent will allow four sound stages and four workshops, with parking and landscaping, and improvements to the public right of way along the western boundary. The applicants hope this first phase will be ready for use by September this year.

Samantha Foley, chief financial officer of the University of Reading said: “We are delighted that these studios have been approved, and it will be great to see films emerging onto the international stage from right here on our doorstep.

“This is just the beginning, as the proposals by Shinfield Studios for the rest of their site at Thames Valley Science Park present an exciting opportunity for the University community and the growing creative industries in Reading, Wokingham and across the UK.”

Nick Smith, joint managing director of Shinfield Studios said: “This is great news. We are delighted. We want to thank Wokingham Borough Council for their support as we begin our journey to create a state of the art, 21st century film and television production complex at the Thames Valley Science Park (TVSP) in Shinfield.

“The opportunity to bring a major Hollywood based production company to the UK, and specifically to Wokingham and Shinfield was presented to us just before Christmas 2020. However, to realize this ambition, these facilities need to be built and ready for use by September 2021 at the latest, the planning approval means we can get on and deliver this first stage of our plans.”

Cllr Wayne Smith, executive member for planning and enforcement added: “We identified the Thames Valley Science Park as a location for innovative growth and it’s great to see that what we are creating there is being recognised and becoming ‘the place to be’.  This venture may not have been part of our strategic plan for the borough, but people have welcomed the opportunities it will bring and it is the support from local residents and the parish council that has really enabled this project to progress.” 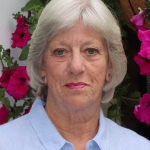 Jackie has lived in the Borough since the Eighties. She runs a well-established, cleaning business employing a team of 30 local cleaners and enjoys spending time with her grandchildren and at her Millworth Lane allotment. 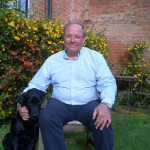