More police officers than ever before

The recruitment drive is also helping to make police more representative of the communities they serve. More than 6,000 female officers have been recruited since April 2020, making up more than four in ten of all new recruits.

There are also more black, Asian and other ethnic minorities employed as officers across forces than at any other time in the country’s history, making up over one in ten of the new recruits.

This builds on the action taken by the Conservative Government since Boris Johnson became Prime Minister two years ago – including boosting police funding to a record £15.8 billion, passing the Police Crime Sentencing and Courts Bill through the House of Commons, and delivering £45 million through the Safer Streets Fund to make neighbourhoods secure.

“As part of my plan for Thames Valley I am looking to the future to deliver even more police officers to tackle crime in local communities and drive down crime.

“The 269 extra police officers for Thames Valley will help to cut crime, keep neighbours secure, and reassure the law abiding majority that they are safe.

“These officers are only just the start and recruitment continues apace. To find out more about joining Thames Valley Police visit tvpcareers.co.uk.” 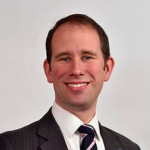