ENHANCING FACILITIES AT CANTLEY PARK AFTER PLANS ARE APPROVED 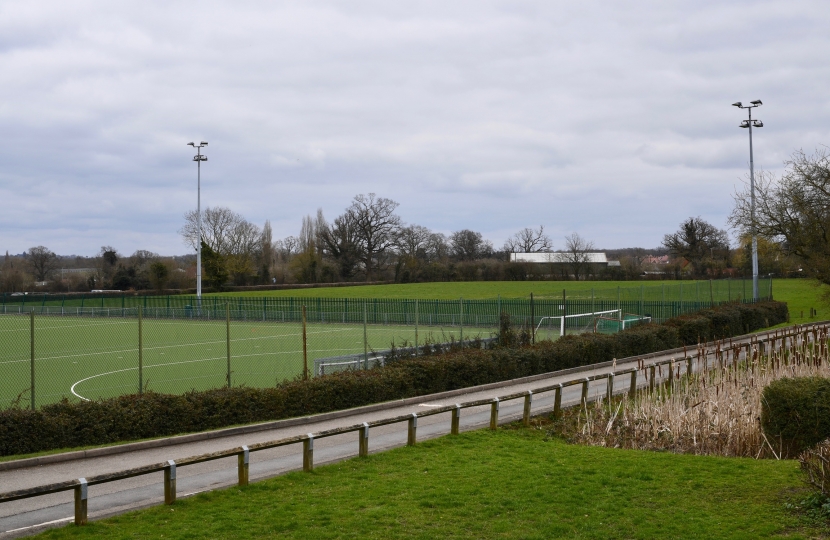 Plans for a brand new state-of-the-art 3G artificial pitch with floodlights and refurbishment of existing pavilion to provide new changing facilities, a viewing balcony and café at Cantley Park in Wokingham were approved at a recent planning committee.

Back in December, Wokingham Borough Council’s decision-making executive agreed to invest more than £1.6million to enhance facilities at Cantley Park for its residents, bringing significant benefits to the park’s large number of users, including those who use the park for sport and relaxation as well as individuals and families.

Other enhancements at Cantley will include improvements to the current grass pitches. An additional 39 parking spaces, bringing the total to 164, will be provided and will include four larger spaces to accommodate minibuses. This will help alleviate parking issues on site and in neighbouring residential areas.

The council will shortly be bidding for funding from the Football Foundation to match fund the council’s investment for the new 3G pitch. The council expects to hear the outcome of the bid in autumn 2020; and subject to approval of the grant, work would start in early 2021. Work will be carried out in two phases. The first phase would see 3G pitch installed, and pavilion and parking upgraded; while the second phase would see improvements to the grass pitches.

In recent years, the borough has seen a rise in the number of football teams and there are currently some 534 active teams across the borough. Growing demand and participation means that more training facilities are required locally.

To meet this demand an additional nine 3G pitches are needed as teams are traveling outside the borough to use football pitches and winter training facilities. Cantley Park would be the fifth 3G pitch built in the borough. By providing more 3G pitches it means that teams would no longer have to travel outside the area for matches and training.

Cllr Parry Batth, executive member for environment and leisure, said: “We are immensely proud that we have received planning permission for these fantastic enhancements at Cantley Park.

“Cantley Park is the largest park with playing pitches that are used by so many people from across the whole borough but we need to make significant improvements to the current facilities as they are outdated. So this is fantastic news for local teams, who will no longer have to travel outside the borough for matches or training, and it will help our climate change initiatives.

“These enhancements will benefit all of our residents not just the football community. Visiting the park, whether to exercise, meet friends, walk the dog or simply relax, is really popular with local people. These proposals will see significant investment in a much loved and well used facility.”

The artificial hockey pitch and twelve tennis courts at Cantley Park will be unaffected by the works.