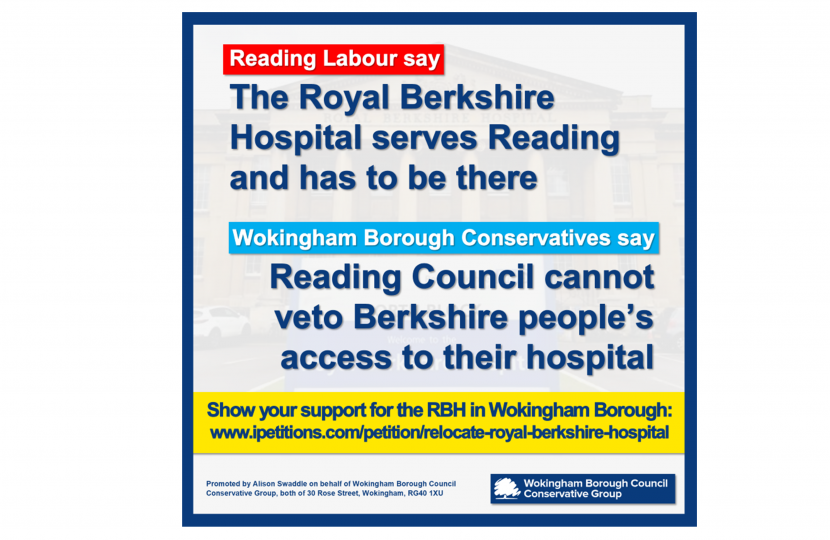 Wokingham Borough Council’s Conservative Group has launched a campaign to build a new, state of the art Royal Berkshire Hospital in the Borough to provide better and more accessible services for the future. Speaking at the Executive meeting on 17th February, Cllr John Halsall, the Leader of the Council, announced that his Group are seeking to relocate the RBH to a site with the space for an improved hospital.

The campaign coincides with plans to replace the RBH’s aging buildings as part of the Government’s funding for the biggest hospital building programme in a generation. The first stage of the Conservatives’ campaigning will include a petition urging local residents to show their support for building a new hospital on an accessible site with the right infrastructure.

Cllr Halsall said: “The current site for the RBH just doesn’t work – there is no room to expand facilities that are badly in need of updating.
“We believe that it makes sense for a new hospital to be built in Wokingham Borough in an area with good access and the space for an expansive and modern RBH.

If you agree with our campaign, please show your support by signing our petition. Click here to sign

Cllr Charles Margetts, Executive Member for Health, Wellbeing and Adult Services, added: “The Royal Berks is going to be rebuilt, it’s just a question of where.
“Keeping the hospital at the current site would cause decades of disruption, and wouldn’t solve problems of accessibility, parking and room for expansion.
“Moving the hospital to Wokingham Borough, would allow for the building a bespoke facility, near to the M4 with good access and the right infrastructure.

Back our campaign to provide better care, access and support facilities for patients, their families and staff. 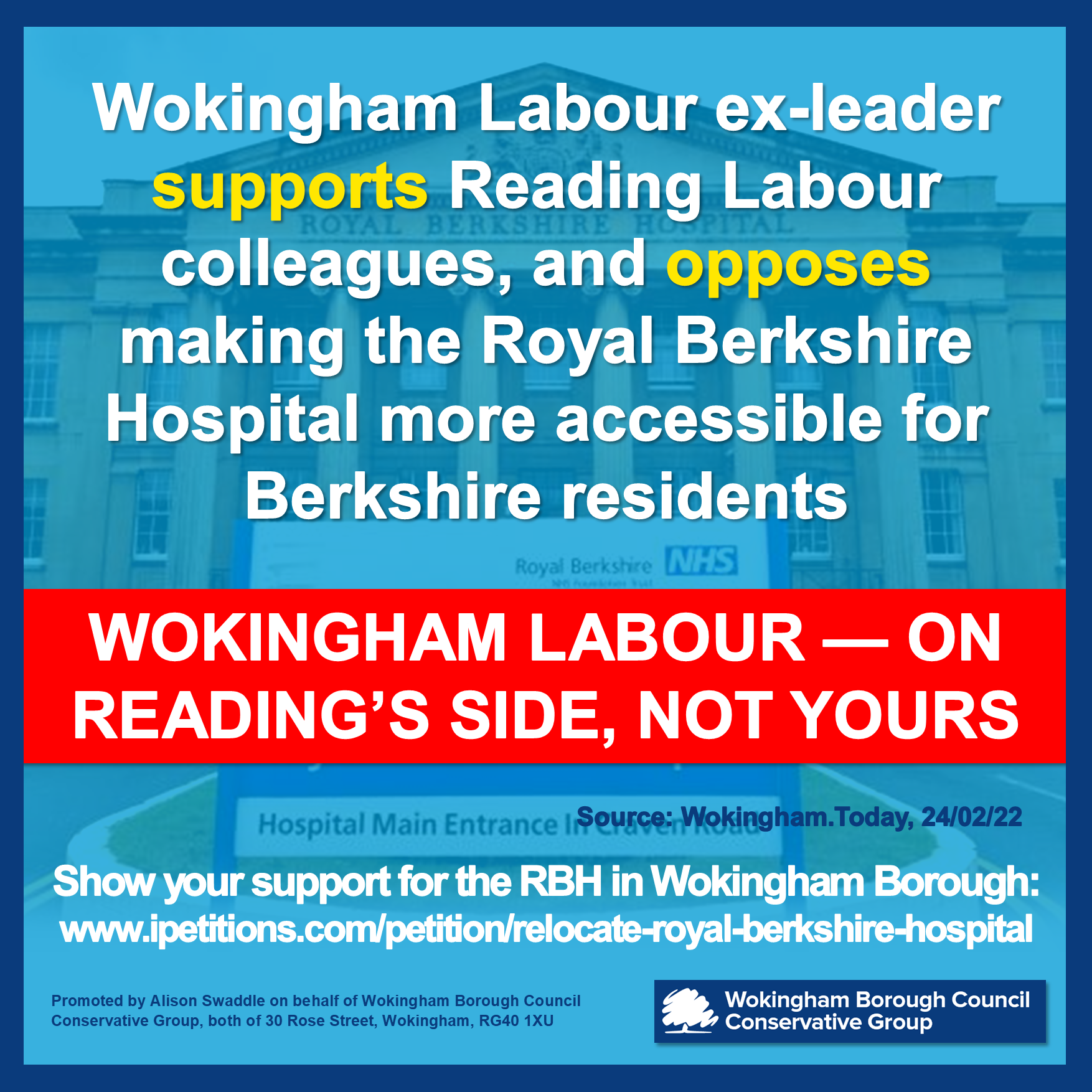 On October 2nd 2020 the Prime Minister confirmed funding for the building, or rebuilding of 40 hospitals.